Bitcoin has lost about 1% in the last 24 hours and traded near $7,900 this morning. During Tuesday, BTCUSD failed to break above $8K, faced pressure from sellers. On the positive side, we can say that Bitcoin was not allowed to decline significantly lower, but buyers also clearly did not have the strength to support the price. Meanwhile, while the cryptocurrencies are waiting for new triggers, the difficulty of Bitcoin mining reached a new record level of 16.55 trillion hashes. It seems that the miners are not panicking yet and are even strengthening their positions.

The situation in the crypto sector is as ambiguous as it is with the whole traditional financial market. Recently, it is common to peg the price dynamics of BTC with any events in the real world, which means that this time Bitcoin could face selling pressure together with the currencies of commodity economies following the declaration of a possible oil war. However, there is an opinion in the community that 13,000 BTCs of the PlusToken crypto Ponzi scheme could have participated in the market crash. 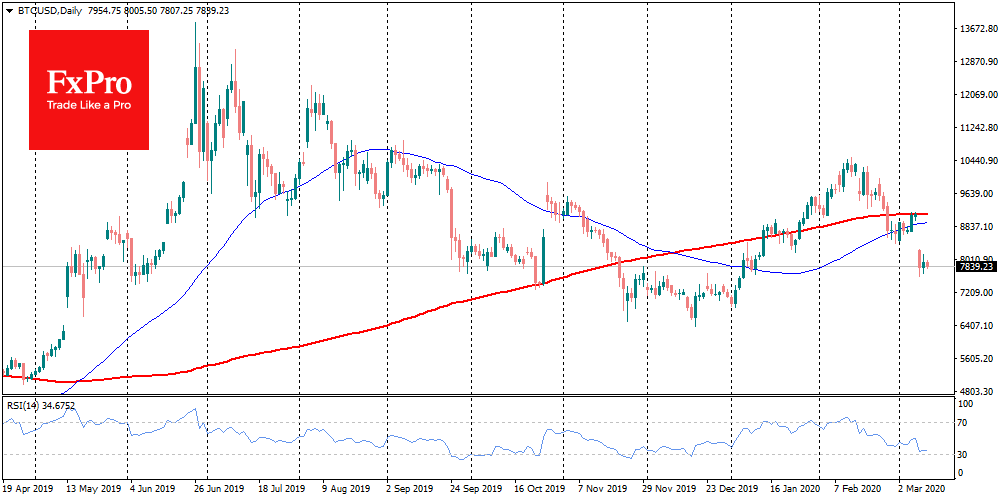