Dow Jones’ drop on Monday took many investors by surprise. But historical data suggests that the stock market has a lot of room to fall. The U.S. stock market has been in ‘risk-on’ mode for several months. Thanks to tremendous amounts of liquidity injection by the Federal Reserve via repo markets, the Dow Jones has moved up almost in a straight line for months. And this has made investors extremely complacent. 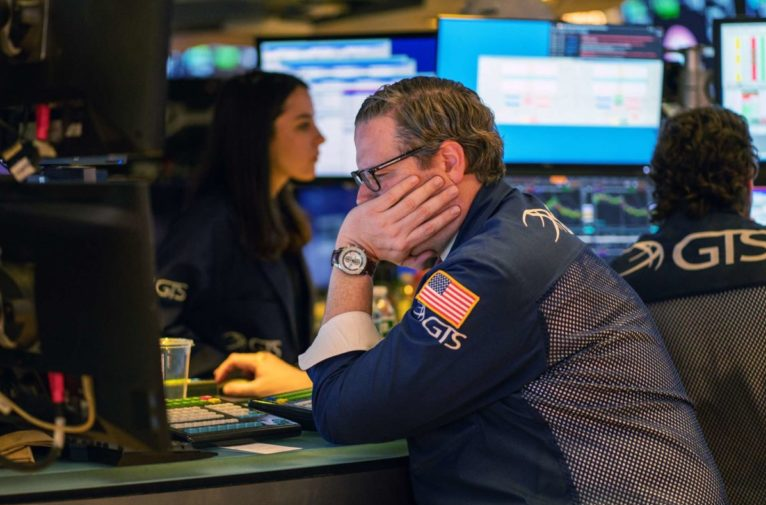 The complacency has gotten so bad that many investors, including the mainstream media, found Down Jones’ 1,000 point drop on Monday unfathomable. Corrections and crashes are integral parts of the stock market and are often healthy. So you’d think that after enjoying a bull market that has lasted over 11 years, a meager 5% drop in indices won’t lead to widespread panic. But judging by the mainstream media’s reaction, that’s precisely what happened.

Consistent liquidity injection by the Federal Reserve has spoiled Wall Street with ‘easy’ returns. It has subdued volatility and investors are just not used to wild swings in prices anymore. The most brutal stock market crashes happen when investors become incredibly smug. And several data points suggest that’s what happened as Dow Jones climbed to record highs earlier this month. For instance, till 21 February, Nasdaq’s 20-day moving average had gone up for 88 days in a row. This was the biggest streak in history and all similar streaks have ended in brutal crashes over the subsequent months. Also, despite the overstretched valuation of the stock market, short interest on the S&P 500 ETF was near 13-year lows.

Wall Street’s unworried attitude has also led to traders making unprecedented amounts of speculative bets. Since the dawn of the new decade, options traders had bought 70 million more call options than they had sold. All these technical data points suggest that Monday’s 1,000 point drop in the Dow Jones was just the beginning. A much more brutal stock market crash is likely looming around the corner.

A stock market rally is considered ‘healthy’ when the share prices of majority of the listed companies are also moving higher. But that has not been the case for the U.S. stock market. The top five stocks accounted for most of the recent rally and make up nearly 19% of the market. Worse, over half of the stocks in Nasdaq are in a bear market, meaning they are down more than 20% over the last 12 months.