Oil returned to decline, seeking out a new bottom

Oil returned to decline, seeking out a new bottom

Oil opened the week with a more than 3% drop near $56 per barrel of Brent and below $52 per WTI. The oil “mini-reversal” occurred along with the stock markets and echoed their dynamics, confirming that economic growth sentiment is currently the determining factor in the oil price.

At the end of last week, the markets turned back to decline amid reports that monetary stimulus alone is challenging to overcome the coronavirus impact. 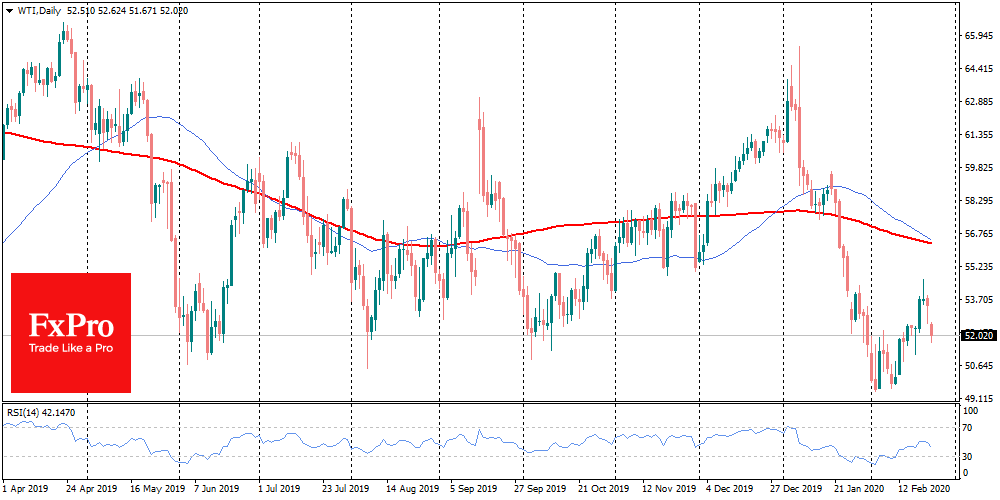 Worse yet, more and more news showed that coronavirus is spreading to other countries. Investors now closely monitor the situation in S. Korea, Iran and Italy, which risk becoming new virus hotspots.

Against this backdrop, demand for jet fuel is falling catastrophically, sending prices down 40% so far this year. 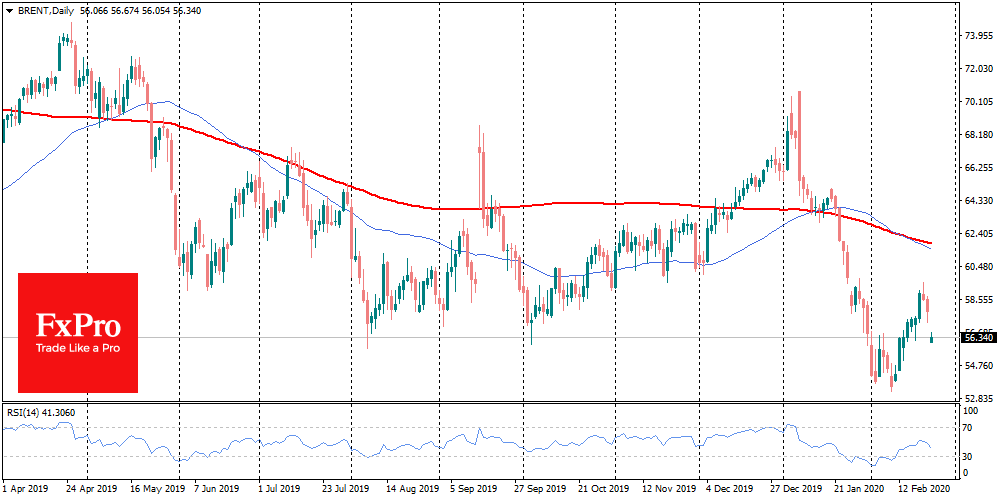 Brent lost 24% of its peak levels in the first days of the year, after which it reversed to growth following the stock markets in early February. However, this rebound seems to be over.

Market participants are making an in-depth assessment of the scale of decline in commodities consumption in the coming months. The focus is now on the long-closed factories in province Hubei, a sharp drop in road traffic in China and thousands of cancelled flights around the world, not to mention a sharp drop in passenger traffic worldwide. As was the situation after September 11, 2001, a large proportion of people are afraid to fly. 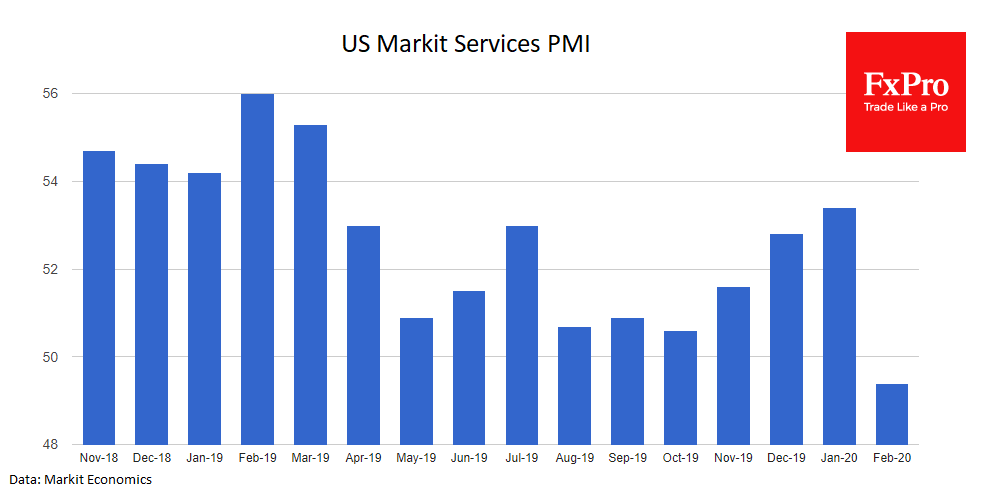 Friday’s American data put oil on the fire. US Services PMI data collapsed from 53.4 to 49.4, indicating an activity slump. In the US economy, the service sector accounts for up to 80% of the GDP, so the decline risks severely damaging the GDP growth figures.

For oil, it might mean a new reversal to the decline after a short bounce. Potentially, the nearest targets for oil decline could be the low levels of early February near $53 per barrel of Brent and $49.50 per barrel of WTI. However, the continued impact of coronavirus on the economy may well send Brent in search of a deeper bottom, with lows near the end of 2018 ($50/bbl Brent) or even lows of 2017 at $44/bbl.