Tensions around trade wars subsided following news reports that both the US and China leaders are set to hold an ‘extended meeting’ next week at the G20 summit in Osaka, Japan.
After President Trump confirmed the proposed talks on Twitter, the demand for risky assets returned to the markets, since it was assumed that the ongoing trade negotiations may indicate a desire from both parties to come to a consensus and some form of agreement. In addition, the news of the upcoming meeting caused the growth of major stock indices by more than 1%, while weakening the dollar to the yuan and reinforcing the growth of US, Europe and Japan bond yields.

Stocks
Furthermore, SPX added over 1%, returning to the highs of the last six weeks. The Chinese market was more than 2.5% in the green, rising to the levels of the previous day – before later adjusting to a growth of 2%. In general, futures on the US indices maintain a positive trend at the start of today’s trading. For example, DJI is just only 1.8% away from its historical maximum. Highs on indices may now be an attainable goal, with the market consolidating after the rally earlier this month. 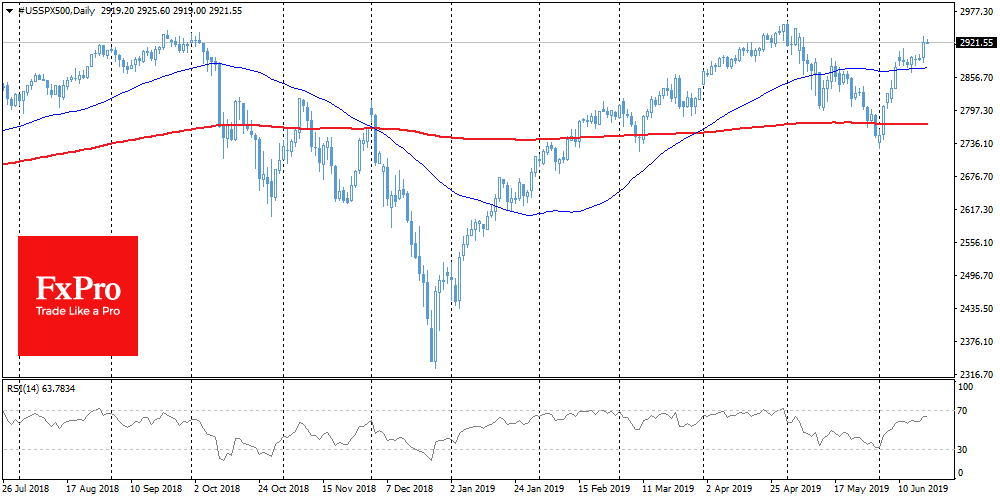 EURUSD
Yesterday, the euro suddenly fell below 1.1200, losing more than 0.5%. It happened after ECB chief Mario Draghi said the bank would need to ease policy again if inflation failed to head back to its target. Trump’s reaction was not long in coming, as he tweeted that such actions would unfairly increase the competitiveness of European goods. It is equally important to note that the speech of the ECB president was held on the eve of the Fed rate decision meeting. The coincidental timing of Mr Draghi’s words has further strengthened expectations that a softening of the Fed’s policy will also not take long. Note that the dovish rhetoric of the EU and the United States has occurred almost simultaneously this year while maintaining low volatility on forex. Nevertheless, EURUSD still maintains a bias towards depreciation. 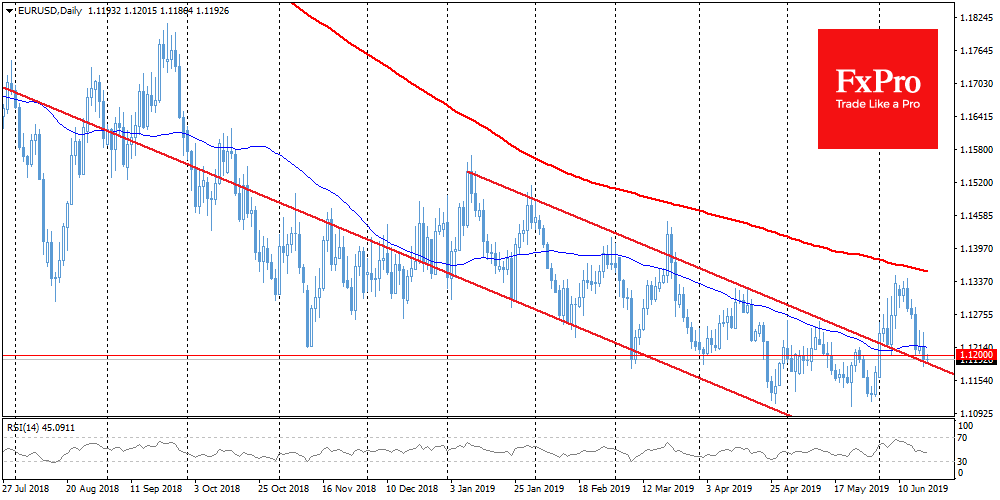 GBPUSD
The British pound received a boost after reaching 1.2500 on Tuesday. Now, GBPUSD is trading at 1.2560, showing an increase from 26-month lows. This pullback was largely due to the dollar weakening and was supported by hopes for a softer tone from the Fed. As the FxPro Analyst Team said, the divergence between the RSI and the GBPUSD chart, which indicates the possibility of a pullback in the near future, following a period of high sales over the past few days. 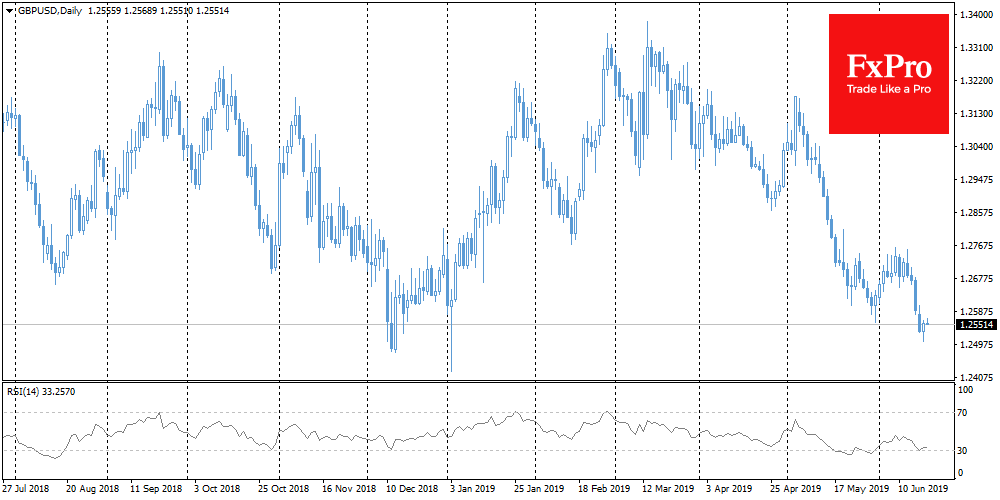