U.S. stocks slid, gold surged and Treasury yields fell as investors took a defensive stance amid renewed concern about the economic impact of the coronavirus as it spreads outside of China. Chipmakers led losses on the S&P 500 Index, which headed for its first weekly decline since January, after equities in Korea and Hong Kong dropped more than 1%. Machinery giant Deere & Co. was a bright spot, rallying after profit beat estimates. The Stoxx Europe 600 Index fluctuated, with gains in utilities countering losses in energy. The yield on 30-year Treasuries headed toward a record low as manufacturing data in Australia and Japan added to worries about slower growth. 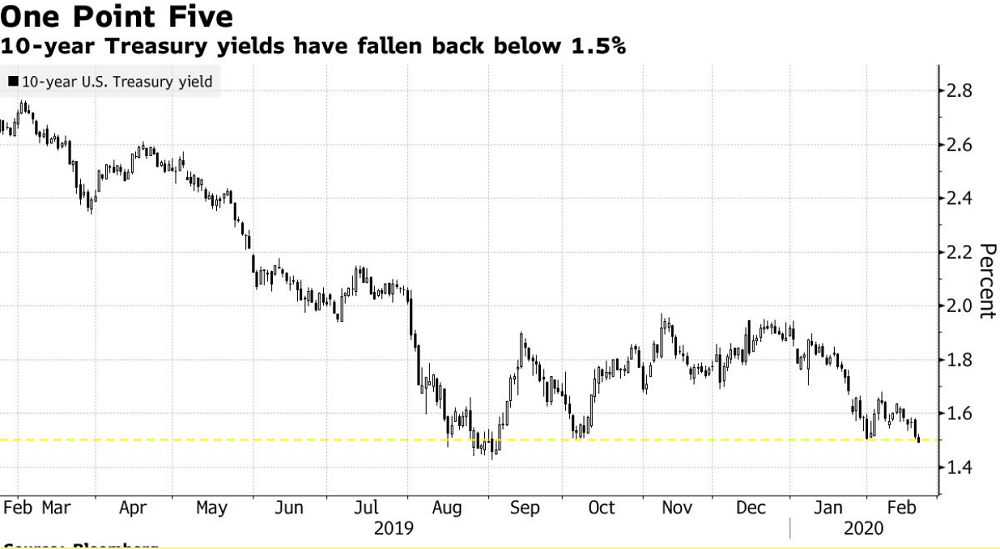 Investors were put on alert this week by a spike in infections outside China and a slew of fresh warnings by companies over the potential impact on business. Those reignited appetite for haven assets and reversed stock gains that had sent the S&P 500 Index to a record high on Wednesday.

Elsewhere, crude oil fell after hitting the highest in almost four weeks. The yen edged higher, recouping some if its biggest two-day decline since 2017. The dollar was little changed following a four-day winning streak. The euro strengthened after data showed economic activity in the common-currency area sped up unexpectedly.