Forex traders on trading forums often engage in debate regarding the supposed randomness of FX markets. Many experienced traders will refute the notion that FX markets are random as it would imply they’re chaotic and impossible to trade. Other experienced traders would suggest the markets are unpredictable, but they’ll also cite this issue doesn’t necessarily render FX impossible to trade.

The suggestion; that traders can be
seduced and misled by the random movements of currency pairs, is a discussion
that’s raged for decades. The implication is that various patterns occur which
traders believe are continuous and repetitious, but in fact they’re random
movements and patterns and not evidence of market behaviour that you could ever
develop a long-term, winning strategy on.

Traders who favour using clusters of
technical indicators to pivot their decision making are often prone to seeing
patterns of market behaviour, psychologists have even given titles to the
phenomenon. Seeing recognisable objects or patterns in otherwise random or
unrelated objects or patterns is referred to as pareidolia. It’s a form of apophenia,
which is a more general term for the human tendency to seek patterns in random
information. However, traders quickly begin to realise that they’re not
observing self-fulfilling, random patterns. For example, if the MACD when
plotted on a daily time frame reverts from a bullish to a bearish pattern, then
it’s a clear indication that price and sentiment has also turned. The change in
the MACD is simply reflecting the lagging, empirical, market-driven data.

As with many theories and discussion
points involving FX trading, both sides of the argument make valid points.
Movements can be unpredictable but that doesn’t translate to randomness and the
FX markets are definitely not random or impossible to trade. In fact, a couple
of examples immediately helps to prove various theories and dispel myths.
Firstly, let’s use the example of a hypothetical Trump tweet.

If President Trump wakes up tomorrow
morning and tweets that he’s sacked the Fed Chair Jerome Powell and from here
on in interest rate decisions will be the remit of the President only as he
bypasses the Fed and FOMC, we know that the value of the dollar will be
severely impacted. Most likely faith in the dollar would plunge whilst analysts
would also quickly deduce that Trump would lower rates, because he constantly
baits Powell that they’re too high and harming GDP growth. So the reaction isn’t
random, in some ways it’s highly predictable. The randomness and chaotic
movement of USD would only relate to how severe the impact would be as traders
would have no idea how far the dollar might fall. There’s also the
counter-intuitive theory that the dollar may begin to consolidate in a new
range, once the shock is priced-in.

Rather than deal in hypotheticals we
can look to practical observations and examples. On Wednesday July 10th both
Jerome Powell, the Fed Chair and the latest FOMC policy minutes indicated a
likelihood to lower the USA interest rates over the short to medium term. USD
immediately slumped versus several peers as Mr. Powell’s thoughts were leaked
ahead of his testimony, USD/JPY fell through S3. Now this movement was not
random, haphazard, or chaotic. It followed the logical pattern of behaviour
witnessed many times; if analysts and traders believe an interest rate in a
country is imminent they’ll sell off that country’s currency.

Secondly, let’s refer to the recent
publication of the latest GDP figures for the U.K. economy released on
Wednesday morning July 10th. The metrics beat the Reuters and Bloomberg
forecasts, coming in at 0.3% growth for the three month rolling period up to
May. Sterling immediately rose marginally versus its peers. This is not a
random act, GDP figures that beat forecasts by some distance are generally a
factor causing currencies of the relevant country to rise.

However, the randomness in relation to
sterling would only concern how large the movement in sterling currency pairs
would be and for how long the rise might be sustained. The movement isn’t
chaotic or unpredictable. Similar to our Trump example the only randomness
relates to a measurement of the range the relevant currency pairs will
oscillate in.

It’s during this daily range of
movement when traders have to make decisions. Rather than trying to predict
when the daily or longer term trend might end, they have to decide what
represents a reasonable pip gain to then attempt to bank as price is on the
move. Developing these specific skills; being able to find repetition amongst
what appears to be abstract movement, is where traders have to concentrate
their efforts. They also have to ignore any suggestion that they can be fooled
by randomness, as for the most part it’s a foolish claim. 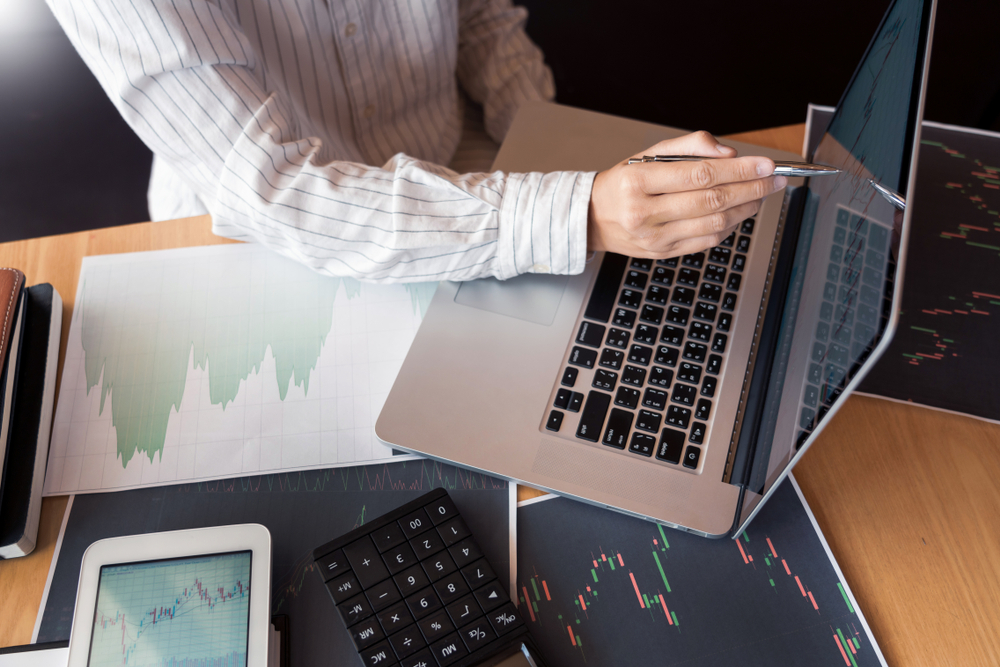