Midweek data preview: German sentiment and US GDP in view 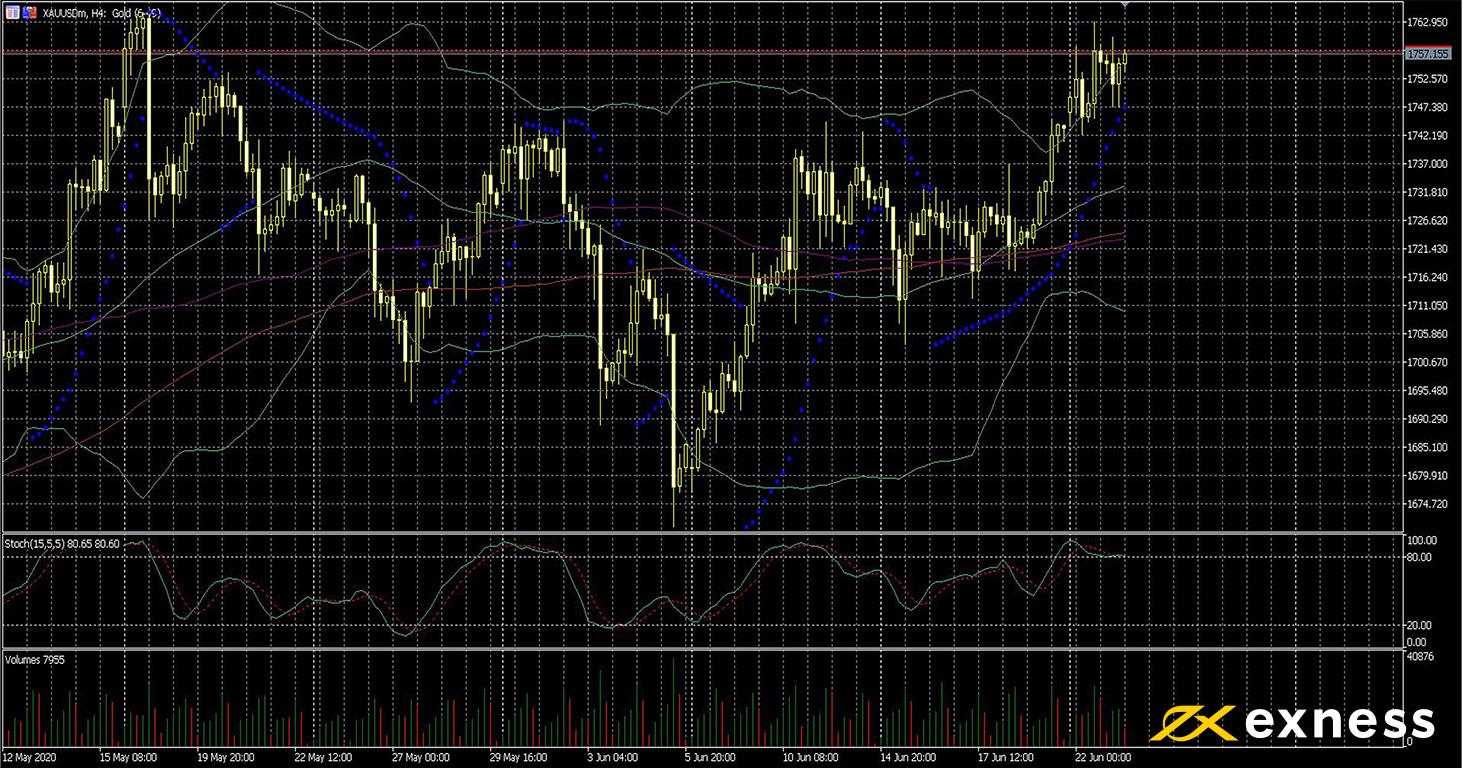 Gold has made gains in most of its pairs since the end of last week. Less overconfidence in shares plus near-zero rates in most advanced economies make the yellow metal attractive. So far, there’s no clear indication of a general jump in inflation as a result of quantitative easing, but traders of gold are likely to monitor inflation data from the G7 closely over the next few weeks.

Based on TA, more gains seem to be possible but probably not in the immediate future. This is because there’s clear buying saturation based on Bollinger Bands and the slow stochastic. While buying volume remains fairly consistent with May’s average, most traders who don’t focus on the short term will wait before buying around these levels. The next key target for buyers would be the breakout area of $1,800. Important data from the USA this week, primarily final quarterly GDP on Thursday, could have a significant impact on this chart. 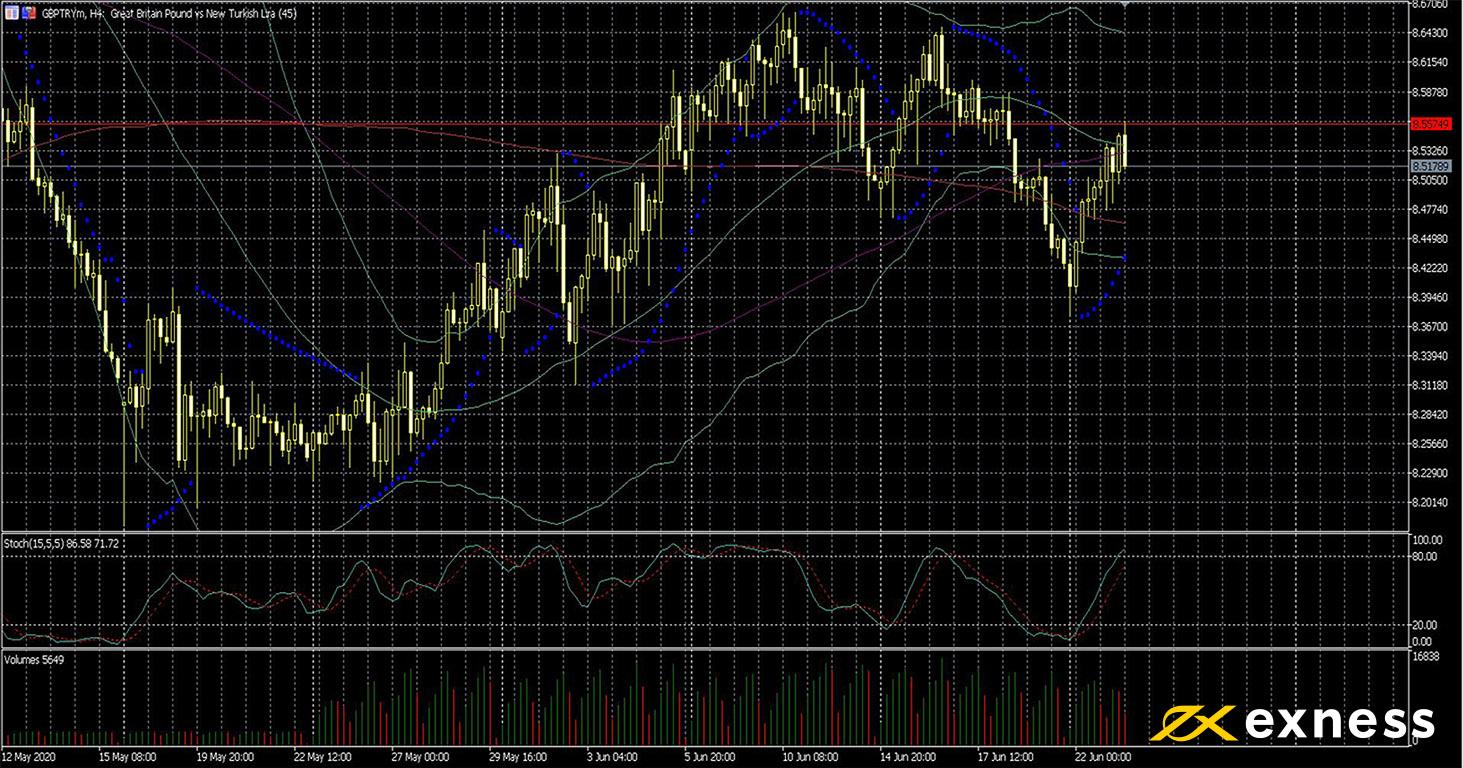 GBPTRY has been somewhat volatile since last week. British PMIs this morning beat the consensus estimates quite well while yesterday’s Turkish consumer confidence was somewhat weaker than expected at 62.5. Last week’s economic releases from the UK were very weak, though, including over half a million upward change in claimants on Tuesday against the consensus of about 370,000. Q1 2020 featured the worst total contraction in British manufacturing since at least the 1970s.

On the other hand, Brent reached a new high above $43.50 this morning. Rising prices of oil usually weigh on the lira because Turkey is completely reliant on imported crude oil having negligible reserves of its own. From a general fundamental perspective, then, ongoing direction is unclear.

The chart doesn’t give a particularly clear picture either. Although volume has been much higher since last May, there has been no serious attempt yet to break ₺8.65 let alone challenge the record high slightly below ₺9. Price has seesawed between overbought and oversold over the last week although a higher low was established on Friday night. With no significant British data this week, all eyes are on the CBRT on Thursday and particularly whether there’ll be a bigger cut than 0.25% to the one-week repo rate.

The post Midweek data preview: German sentiment and US GDP in view appeared first on LeapRate.