“Sell in May and go away”, if only it was that easy.

The phrase “sell in May and go away” is thought to originate from an old English saying; “sell in May and go away and come on back on St. Leger’s Day.” This phrase refers to the custom in previous times when: aristocrats, merchants, and bankers, would leave the polluted city of London and escape to the country, during the hot summer months. To then return back to the city of London, after the St. Leger Stakes flat horse race was held.

This race, first held in
1776, for three year old thoroughbred colts and fillies, is still traditionally
part of a three day racing festival, held in Doncaster in the north of England.
It’s the final flat race meeting of the year, which brings the curtain down on
the flat racing season, as the winter months approach.

During the month of May
2019, the USA equity markets experienced a significant slump; the SPX actually
registered its second biggest monthly fall since the 1960’s. During the month
of May the SPX and NASDAQ fell for four consecutive weeks, the DJIA fell for
six weeks consecutively; the longest losing streak in eight years.

During the last trading
week of May.

The slump in the value of
USA equity indices and the actual monthly figures, will have come as quite a
shock for buy and hold, long term private investors. But in the global, 24/6,
modern day, trading environments, it’d prove to be a difficult decision to
simply give up trading: equities, indices, or other markets, for the next four
months.

Moreover, the slump
provided superb trading conditions for short sellers of USA market indices
during the month of May, whilst providing stimulus for other markets; primarily
forex and commodity markets, which traded in extremely wide ranges, throughout
the month. A general state of flux existed, courtesy of the Trump
administration’s implementation of further import tariffs on China and the
threats of new tariffs, against Mexico and the E.U.

Now the month of May is
over, many analysts and economists are trying to predict; “what comes next,
where are equity markets headed?” What is apparent, based on the two sell offs
experienced during the past two quarters, is that the global economy is now
turning based on the actions and words of the USA President. It’s impossible to
recount and compare a previous time; when fundamental and technical analysis,
has been relegated to a redundant status, in deference to the social media
activity and unilateral policy of a POTUS.

During the final two
quarters of 2018, equity markets (globally) slumped as the trade war and
tariffs came into effect. During the month of May, the patterns have been
repeated, a safe assumption could be derived that equity markets will move in
two ways. Either investors will calibrate the value of a new normal and the
markets will trade sideways, or perhaps continue to sell off, taking out the
lows posted during the 2018 slump. Investors may refer to P/E ratios, price v
earnings and decide a form of irrational exuberance still exists. The current
P/E ratio of the SPX is circa 21, the average reading going back to the 1950’s
is circa 16, therefore, an argument could be put forward that the index is
circa 23% over valued.

Analysts also often refer
to “fair value” of equity markets and whilst many, who are quoted in the
financial mainstream press, currently suggest that the USA equity indices are
currently close to fair value, others warn that the December 2018 slump levels,
could be reached again. Further, rather than the next sell off being sentiment
driven, any future fall, if predicated on the basis of recessionary pressures
brought about due to tariff impositions hurting global trade, might be caused
by both a lack of sentiment and extremely poor metrics. Alternatively, USA
equity markets and other global indices could rise; investors might simply
overlook the tariffs and ignore critical metrics, such as falling GDP growth
and simply buy the dips.

Markets are driven by
sentiment and confidence as much as they are by hard data. The Trump
administration initially bolstered confidence in 2017 and continued the market
and economic recovery, which began under the previous administration. The wide
ranging tax cuts instigated for corporations in 2017-2018, taking rates as low
as 15%, caused the 2018 equity market gains. However, that impact is now
fading, as is the confidence in the White House and the POTUS to maintain a
consistent fiscal policy.

Some analysts suggest that
if the tariffs continue, with no signs of a compromise, then the only
assistance markets can expect is a cut in the headline interest rate from 2.5%.
A monetary policy cut that might be necessary due to avoidable recessionary
pressures. A potential slump that will not be caused by an economic cycle
ending, but entirely due to the POTUS, would represent a unique experience. 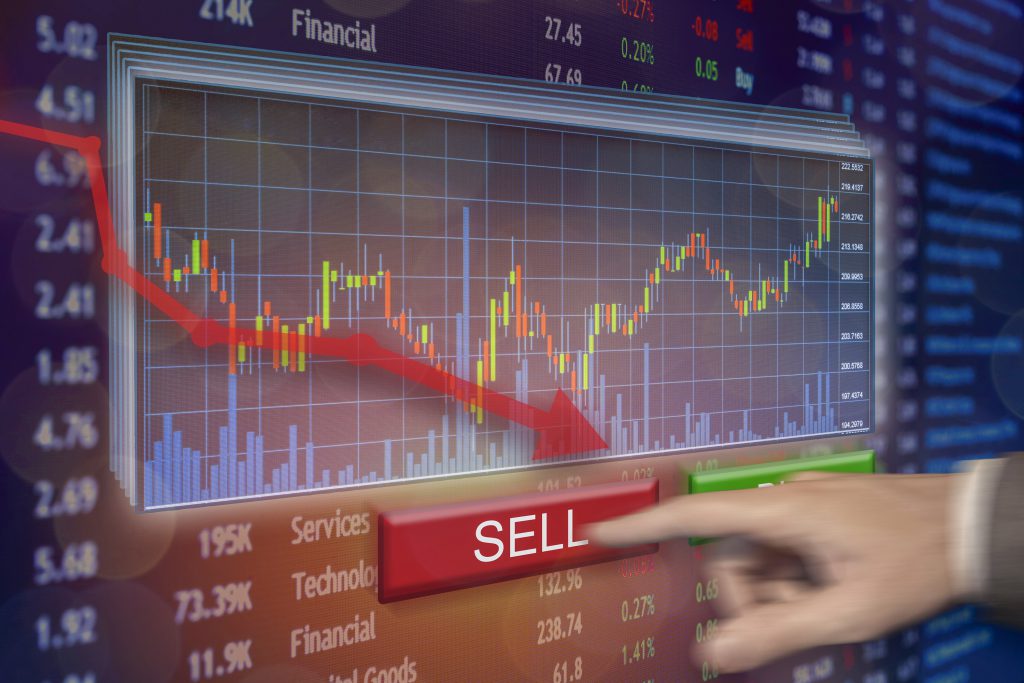