The unusually large amount of releases affecting GBPAUD this week means that traders should prepare for the possibility of significantly higher volatility. Short-term opportunities in both directions look likely ahead of the crucial Australian job data and claimant count change on Thursday. 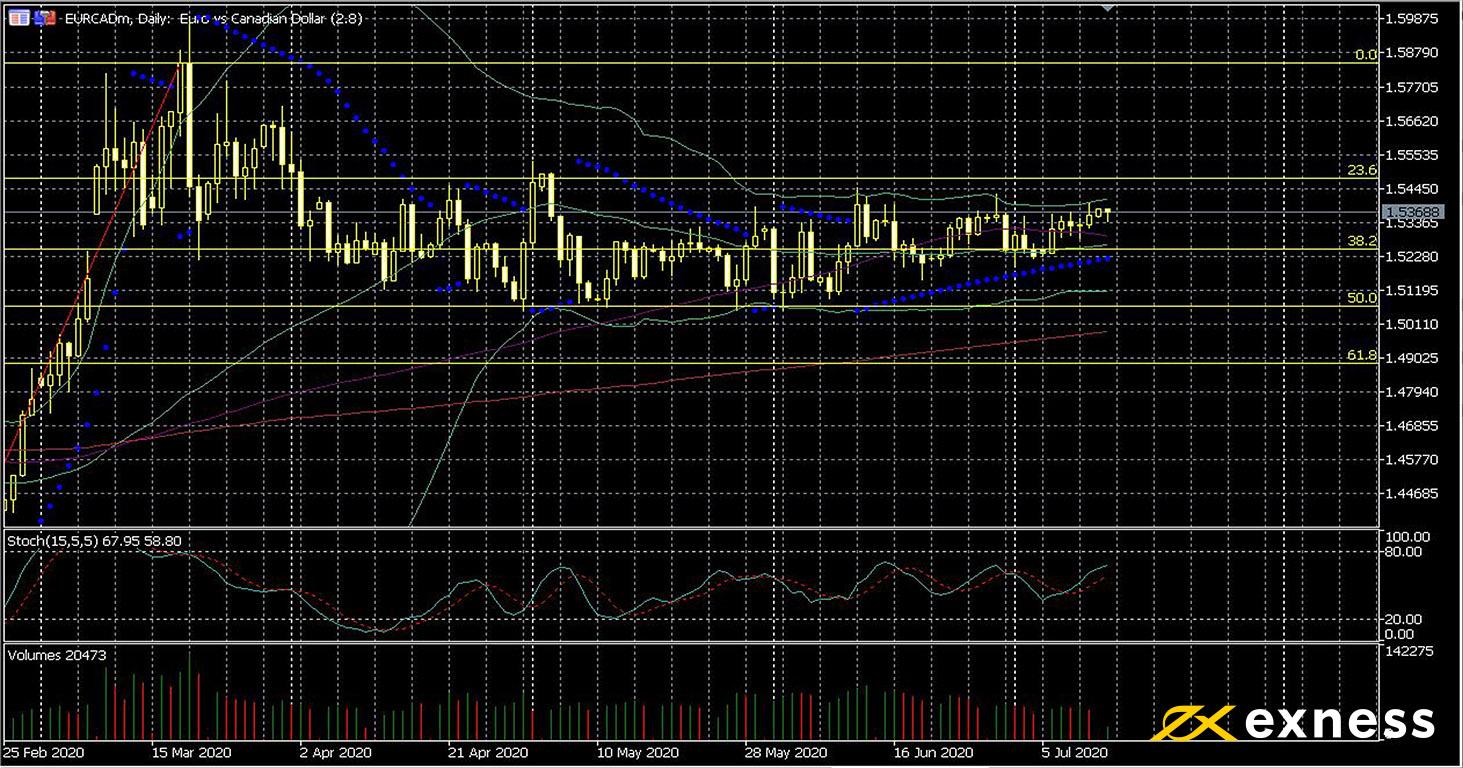 The euro has stayed basically flat on the dailies against the loonie since the second half of April. Oil’s gains over the last two months have given fairly strong fundamental support to the loonie. Equally, though, data from the EU and particularly Germany hasn’t generally been as weak as expected over the same period. This morning’s news that Germany’s government thinks the worst is definitely over hasn’t given the euro much of a boost: most participants will probably be waiting for the crucial meetings of both central banks this week before committing themselves.

TA shows us an obvious channel between the 23.6% and 50% daily Fibonacci retracements. With no serious attempt to break through either of these, Bollinger Bands (50, 0, 2) have contracted sharply since April. Price remains above all three of the 50, 100 and 200 SMAs, so a bit more upward movement might be possible this week. Any breakout might be expected to continue given that the BoC and ECB are usually strong catalysts.