Weekly data preview: focus on the RBA as reopening continues

With volume of both buying and selling having declined, this could be the beginning of the accumulation phase of a new uptrend. Confirmation could be sought from studying behaviour around near-term resistances, primarily the 50 and 100 SMAs not far above the current price.

Two crucial events this week though will mean that fundamentals are going to be very much in focus. The first is the RBA’s meeting tomorrow, with the emphasis likely to be on the central bank’s plans for quantitative easing over this new quarter of the year. Germany’s balance of trade for May early on Thursday morning GMT is also a critical figure. 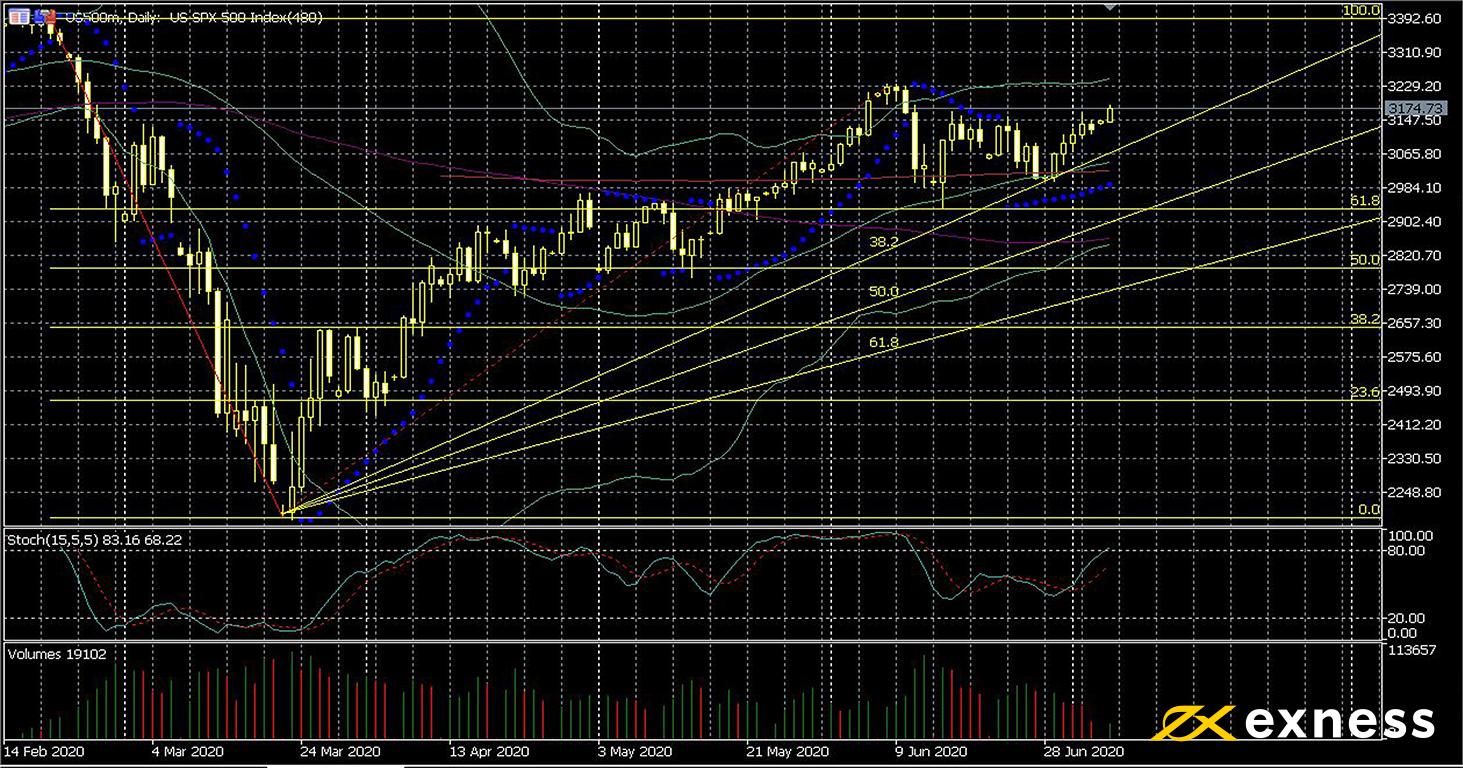 US500, the representative CFD based on the S&P 500, has continued to consolidate upward since last week. American indices have generally ignored domestic problems in the USA and nervousness around the outlook for Sino-American trade relations has decreased significantly as President Trump has redirected his ire onto domestic political opponents over the last few weeks. Like other indices, US500 has had a boost recently as tech shares have dramatically outperformed the wider market over the covid crisis.

There doesn’t seem to be much to stop another push above the latest high based on the chart. 3,230 was the level reached just before the initial rumours of a second wave of infections and consequent increase in markets’ fears. If this area is broken, a full retracement to the all-time high seems to be possible. The first key support to the downside is the 61.8% Fibonacci retracement area, but the 38.2% zone from the fan might also trigger a bounce. Overbought is likely to be a concern though over the next few periods. In terms of data, jobs are the most important this week, in other words both JOLTs tomorrow and initial jobless claims on Thursday. 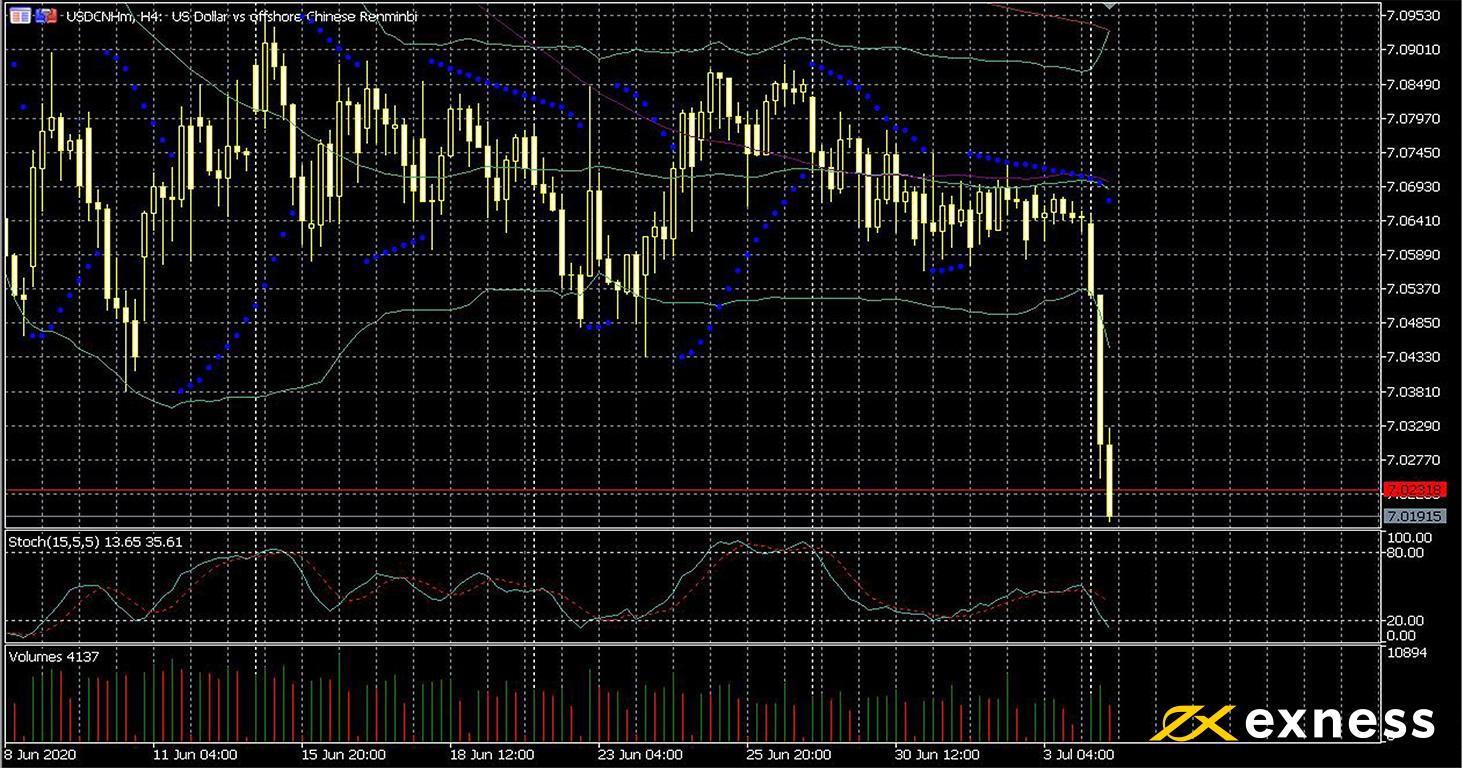 USDCNH collapsed this morning with this symbol so far posting its biggest daily loss in years. From a fundamental standpoint, China is overall handling covid-19 much better than the USA. Recent Chinese data has also been unusually good considering the circumstances, with Friday’s Caixin service PMI for June at 58.4 in particular soundly beating the consensus.

Technically, new sellers are likely to look for a daily close below ¥7.02 before committing themselves. This was an important support in April and a strong resistance in Q1 2020. The loss of nearly five fen in one day though means that this symbol is now clearly oversold, so for those looking at the medium-term and beyond, it would traditionally be considered wise to wait for a retracement to the upside to reduce risk and potentially maximise reward. Chinese annual inflation in the wee hours of Thursday is clearly the most important release here this week.

The post Weekly data preview: focus on the RBA as reopening continues appeared first on LeapRate.