Crypto markets between a rock and a hard place 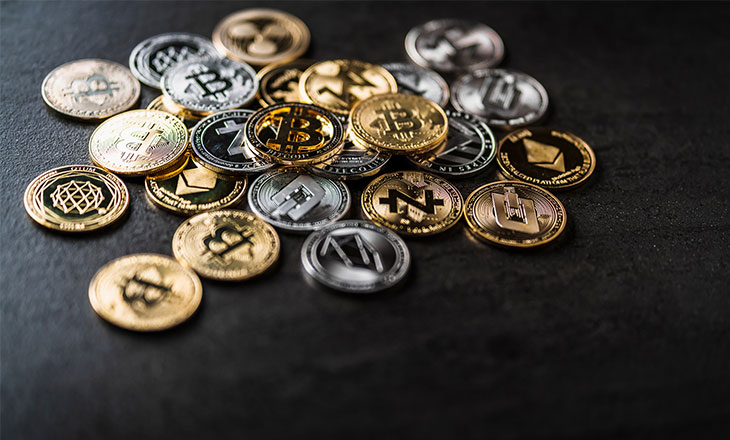 A number of ideas have been offered for the way these two markets have moved in lockstep. Some analysts have borrowed the explanation given for gold’s route that occurred at roughly the same time. The idea was that equity traders chose to take profits in these other assets that performed well into 2020 in order to protect their positions in equities markets (by mid-February the crypto market had rallied some 85% from its December lows). Another view is that the US stock market, which has been incredibly resistant to bad news for at least the past two years, is seen as the bellwether of general economic health. A tumble in this most resilient of markets signalled to holders in other speculative markets like crypto that the party was over, at least temporarily. In a scenario like this, traders may wish to sell in the hope of buying back in at a lower price when the uncertainty subsides.

It pays to remember that crypto has historically benefited from a strong US stock market. Even in the wild-west days, 2017’s incredible growth in the value crypto assets, which saw the entire market rallying by percentages in the thousands, occurred at a time when US stocks were also booming. If you look at a chart for the S&P 500 in 2017 you see an almost completely straight, upward-trending diagonal line from an all-time high to a new all-time high. It’s naive to think that the growth of the crypto market has occurred completely independently and that gains from an already booming stock market haven’t found their way into nascent crypto markets.

What’s fascinating about the current situation is that while the technicals appear to be quite similar across both markets, the fundamentals are worlds apart. The global economy has taken an enormous hit at the hands of COVID-19, and despite ever-increasing amounts of central bank stimulus buoying stock markets up, the global economy looks increasingly fragile and vulnerable to shocks. This is to say nothing of the fact that COVID-19 second waves are still very present, particularly with daily new cases making new highs.

The crypto market, on the other hand, has been gradually maturing and going from strength to strength despite muted price action and its inability to reach the price levels it achieved at the height of the last bubble. There are a number of very encouraging fundamental factors that signal further growth. For one, Bitcoin’s recent halving event ought to translate to more buying pressure with a halving in supply. Every halving event in the history of cryptocurrency has been followed by new all-time highs. Then we have Ethereum, the world’s second-largest crypto project and one that many are pinning their hopes of a decentralised future on. Ethereum is approaching the end of its roadmap that will see it transitioning to Proof of Stake, doing away with the energy-intensive process of mining, and allowing for holders to stake their coins in return for a passive income. In many ways, the past couple of years have seen this space delivering on much of the hype that the 2017 bubble was based on.

Taking the entire market cap as a whole for a bull scenario to be in play, first, the 20-day moving average, then the 20-week must hold as support. After this, we must see a convincing break above the highs of early March and a test of the highs we saw in the summer of last year. Anything that falls short of this is just another lower-high, which builds the case for a reversal. For the collective market, these levels are at 305 billion and 390 billion, respectively.

This may not be what crypto traders want to hear, however, the fact remains that should global equities markets – US equities in particular – proceed to take another dive this summer, we could see a complete invalidation of the bull case for crypto until further notice. It may be counter-intuitive, especially with so much development going on, and crypto being, in many ways, tailored for a crisis such as the one that we’re currently experiencing. Nevertheless, when conventional stock markets tumble, there’s an undeniable knock-on effect that affects cryptocurrencies. There will be individual names that prove to be more resilient than others but, in general, the market still follows Bitcoin and Bitcoin still seems to be highly dependent on a booming stock market.

Disclaimer: opinions are personal to the author and do not reflect the opinions of LeapRate. This is not a trading advice.

The post Crypto markets between a rock and a hard place appeared first on LeapRate.